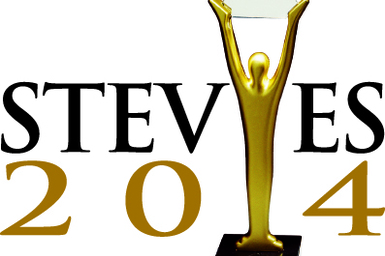 Posted at 18:56h in Acumatica UK by admin

Acumatica, provider of cloud-based accounting software, was presented with Gold, Silver, and Bronze Stevie® Awards in four categories in the 12th annual American Business Awards. It is the first Gold Stevie for Acumatica.

Acumatica won a Gold Stevie for the New Product or Service of the Year for Cloud Platform, a Silver Stevie for Software, and Bronze Stevies for Financial Management Solution, and Most Innovative Tech Company of the Year categories.

“Acumatica is proud to win awards in all four categories, and especially a Gold Stevie for our Acumatica Cloud xRP Platform which we launched earlier this year,” said Acumatica CEO Jon Roskill. “It is great that the American Business Awards recognises our cutting-edge platform even as we continue to deliver on our core financial management software solutions.”

The American Business Awards is the nation’s premier business awards program. All organisations operating in the United States are eligible to submit nominations – public and private, for-profit and non-profit, large and small.

Nicknamed the Stevies for the Greek word for “crowned,” the trophies were presented to winners during a gala banquet on Friday, September 12, at the Palace Hotel in San Francisco. More than 250 nominees and their guests attended for the presentation of new product awards, Website awards, app awards, and more.

This year’s American Business Awards were presented at two awards events. Awards for marketing, customer service, human resources, and other disciplines were announced in Chicago in June. September’s event focused on the technology and new product awards categories.

More than 3,300 nominations from organisations of all sizes and in virtually every industry were submitted this year for consideration in a wide range of categories, including Most Innovative Company of the Year, Management Team of the Year, Best New Product or Service of the Year, Corporate Social Responsibility Program of the Year, and Executive of the Year, among others.

Stevie Award winners were selected by more than 240 executives nationwide who participated in the judging process.

“We’re delighted to recognize so many innovative companies, new products, technical achievements, and technology executives this year,” said Michael Gallagher, president and founder of the Stevie Awards. “We congratulate all of the Stevie Award winners, and thank them for the inspiration their achievements have stimulated.”

Entries for the 2015 edition of the ABAs will open in October.

Arcus Universe Limited - we are experts in Modern ERP systems such as Acumatica, with over 25 years of experience implementing ERP software.

SPEAK TO AN EXPERT

Industries We Work With